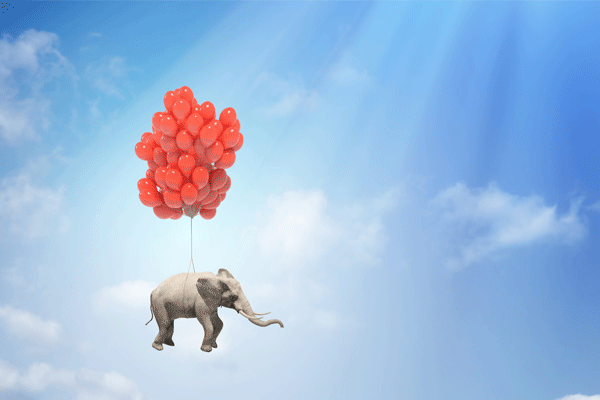 Why traditional communications giants are losing steam – fast by admin

In this technological era, we’ve witnessed some amazing things occur in the past 50 years. Some of the most monolithic events in recent history have been the rise – and occasional fall – of the most massive organizational structures the world has ever know: the international corporation. These behemoths are truly isolated to the very near past in mankind’s history; their only potential for reference in this context would be the great empires of the past. This may at first seem a bold and brazen contrast to paint, but we are compelled to redefine many of our best-laid suppositions in keeping abreast of the dizzying changes happening all around us.

So what does it take to see a giant fall? As often as not, just a little bit of change in an unexpected direction.

In fact, this presents us with an interesting distinction to draw – one that has some considerable bearing on the future of the UC and Telecom industries.

The largest companies are not the most innovative – and it’s showing. Strength and the ability to endure the tests of time are not always hand-in-hand with how large you are; indeed, it’s much more to the point of how adaptable and strategic your enterprise is.

Now, compare these to the next rankings and spot the key distinctions:

First off, you’ll notice one list is numbered while the other is bulleted. That isn’t because the source didn’t rank the companies numerically, it’s because innovation isn’t something as easy to quantify as simple profit rankings. You need a rubric, which is reliant on your definition terms that equate to innovation; essentially, what does innovation mean to you? Nearly every analyst could use a different rubric, but they’d also very likely come up with some of the same companies. The paradox is that in the same arena that we find a lack of hard, evidence-based measurements, we also find a peculiar quality which is so vital it can’t be done without, regardless of whether it can be universally defined or agreed upon.

Let’s take a look at our coup de grace example: the cloud. This is perhaps one of the most revolutionary steps forward of our time. In 2005, Amazon came forward with an entirely new concept – to offer a group of services online to the world’s businesses. The kicker? Those businesses didn’t need to set up their own hardware. Now, with a simple computer and a good internet connection, the world’s businesses had access to unlimited processing power. This advent rocked the biggest tech giants of their day – Dell, IBM, Oracle, and HP, to name a few – to their very foundations, and shortly thereafter came a slew of skepticism toward the new technology: that it’s unreliable, that it’s insecure, and so on.

It’s no great surprise that these ‘concerns’ should come from the giants who stood to lose the most from the advent of such a powerful new technology, but today we can look around and find it difficult to see a single company that – if they haven’t already fully embraced the utility of the cloud – still spreads dissonance about the service. The companies who embraced change and technological evolution set themselves into a position of huge advantage, while those who stuttered and back-slashed against the inevitable found themselves reeling and scrambling to keep up.

Not a bad lesson for our times, no matter how modern.

Over the last week Aurilo has been rolling out its new Customer Support Portal, alongside ...

Aurilo Communications and Macquarie Telecom have been featured on CRN for our work provisioning a ...

READY TO POWER YOUR BUSINESS COMMUNICATIONS WITH AURILO?

To speak with our specialist please call 1300 721 174 or contact us by clicking the button below.